Tallahassee Downtown is pleased to announce the 2017 Sundown Summer Concert Series at Cascades Park. The event is a series of four FREE public concerts held May - August on the third Saturday of each month from 7-10 pm. The line up includes a diverse range of music from funk and blues to rock and Americana. Events are BYOB. 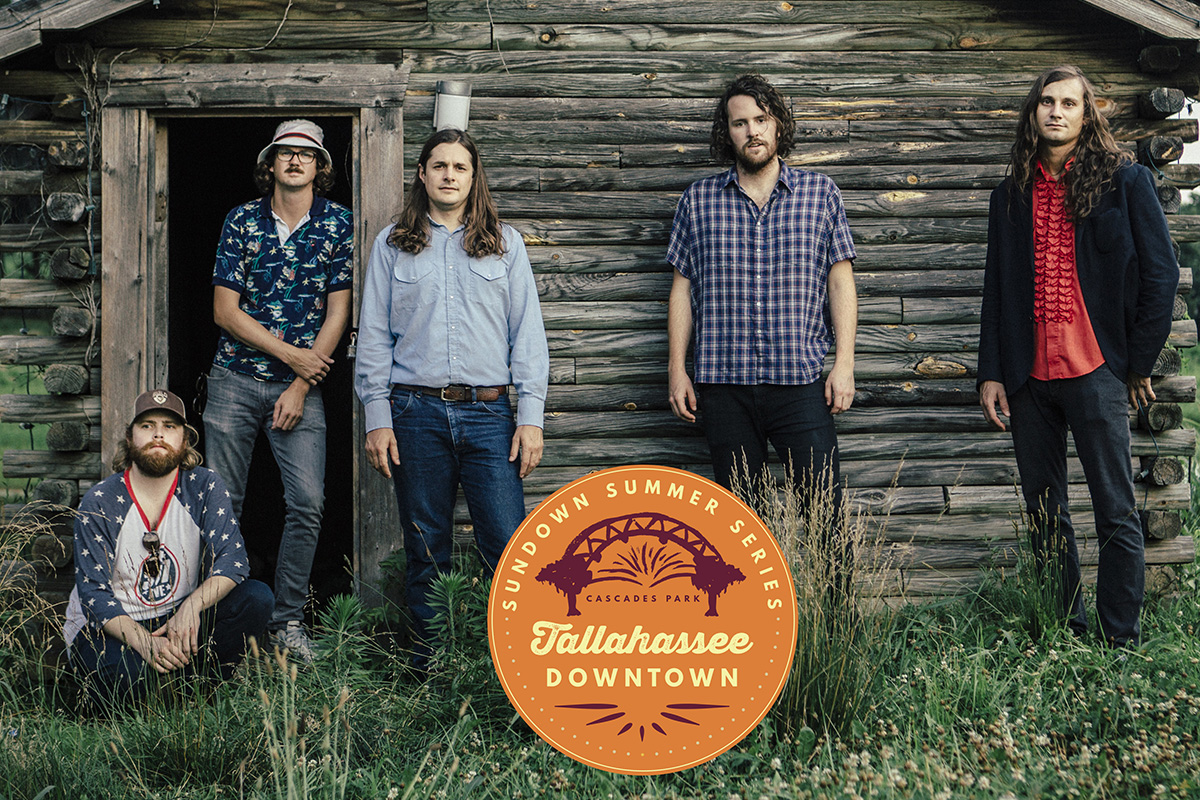 An indie rock band hailing from Athens, Georgia, Futurebirds play laid-back country-rock with a psychedelic twist. The group released their self-titled EP in 2009, followed by their debut album, Hampton's Lullaby, in 2010. Stark Online said the album was,

"...tastefully laced with weeping pedal steel, mandolins, and imbued with a distinct flair for well-crafted and efficient melodies."

Since then, the band has released their second EP, Via Flamina, and their eclectic album Baba Yaga, arrived in spring 2013. Futurebirds has toured relentlessly, often sharing the stage with Widespread Panic, Drive-By Truckers, Alabama Shakes, and The Whigs. The band toured with Grace Potter and the Nocturnals on the Bonnaroo Buzz Tour and performed twice during the 2011 Bannaroo festival.

The New 76ers are an acoustic folk band from North Florida. Their sound comes from a collective respect for acoustic and electric music. As a family, they rely on instinct to meld vocals into harmonies and let them take the spotlight. They are deep-rooted in Southern musical heritage & their original music aspires to move you physically and spiritually. The New 76ers mission is to give love through their music as they believe that music is and always will be a force to compel change.

If you are interested in becoming a vendor, please contact the event coordinator, Elias Mathes, at Elias.TallahasseeDowntown@gmail.com.